To round out International Women’s Month, we bring you 10 women of power in the Philippines who prove that hard work and fortitude is but the tip of the iceberg. Ranging from the industrial, commerce, and government sectors to education, philanthropy, and the arts — these women show us how it’s done, with grace and mettle, no less. Click through to find out more about these incredible women leaders:

Teresita “Tessie” Sy-Coson currently holds the positions of vice-chairperson of SM Investments Corporation (SMIC) and chairperson of BDO Unibank, the largest full-service universal bank in the country. Aside from these two primary positions, this Assumption College alumna also holds various board and management positions in various companies under the SM Group. She is currently part of the Philippines’ three-member delegation to the ASEAN Business Advisory Council (ABAC) which provides feedback from the private sector to strenghten the ASEAN’s ongoing efforts towards regional economic integration. Because of her great acumen for business, Sy-Coson was named Asia’s Best CEO by Corporate Governance Asia magazine, one of 10 awards received by the SM group at the 7th Asian Excellence Awards in Hong Kong last June 2017. She has also consistently made it to Fortune’s annual list of the 50 Most Powerful Women in the World and Forbes Asia’s 50 Power Business Women. 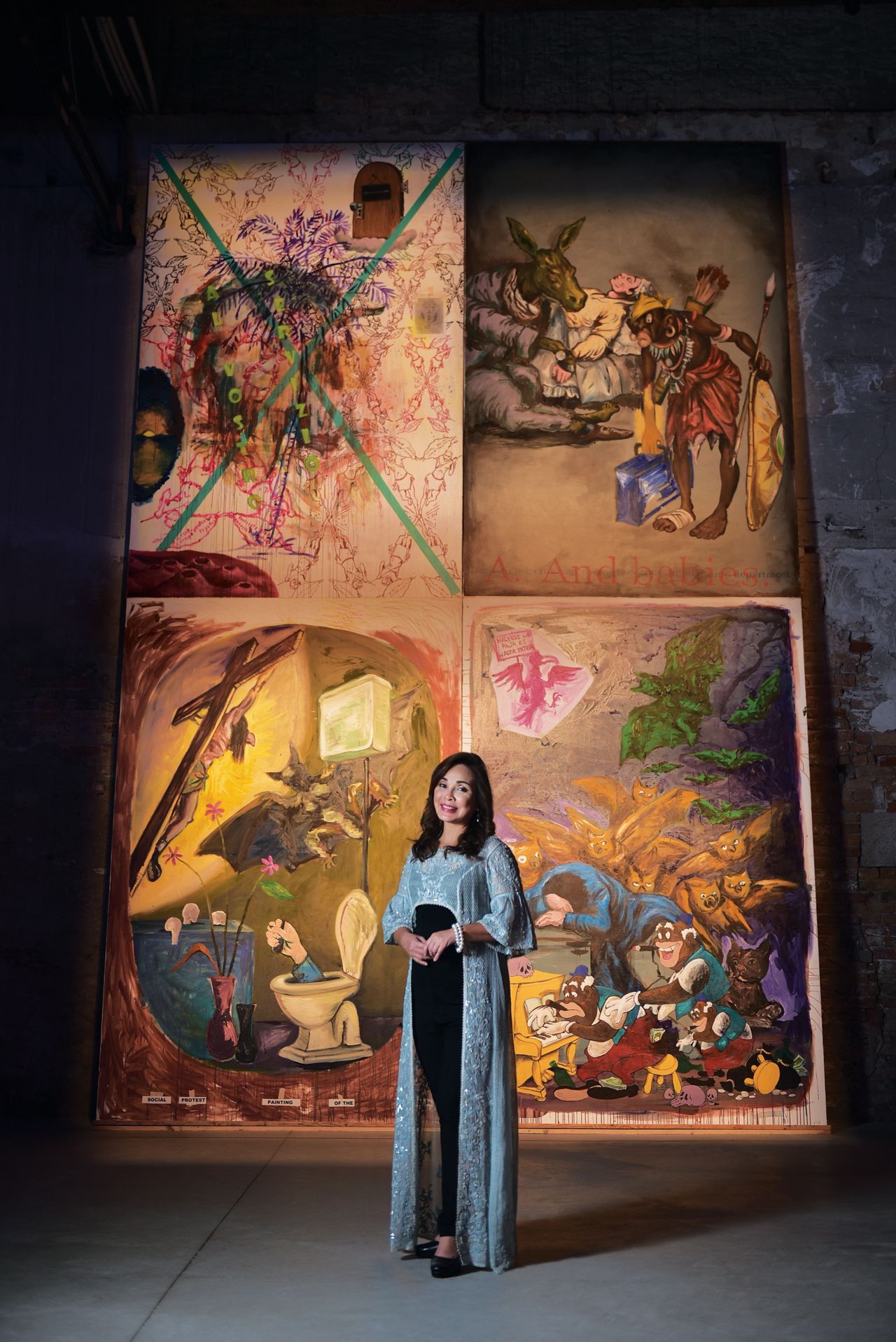 As a three-time Philippine senator, Loren Legarda has proven herself worthy of the post by being the only female candidate to top the senate elections twice. She chairs the Committee on Finance and has increased funding for micro, small, and medium enterprises to help sustain and develop them. She is also the chairperson of the Committee on Climate Change, and was named in 2017 a National Adaptation Plan Champion by the UN Framework Convention on Climate Change. She also recently finished her Command General Staff Course―the highest military career course of the Armed Forces of the Philippines Command and General Staff College―which gives her the rank of a full-fledged colonel. Legarda is a patroness of Filipino art and culture as well, and has paved the way for artists and architects to showcase their work in international exhibitions such as the Venice Biennale. These efforts of hers were recognised by the Italian government, who bestowed upon her the prestigious title of Cavaliere dell’Ordine al Merito della Repubblica Italiana, as well as by the Philippine Tatler Ball who gave her the Patroness of the Arts Award. 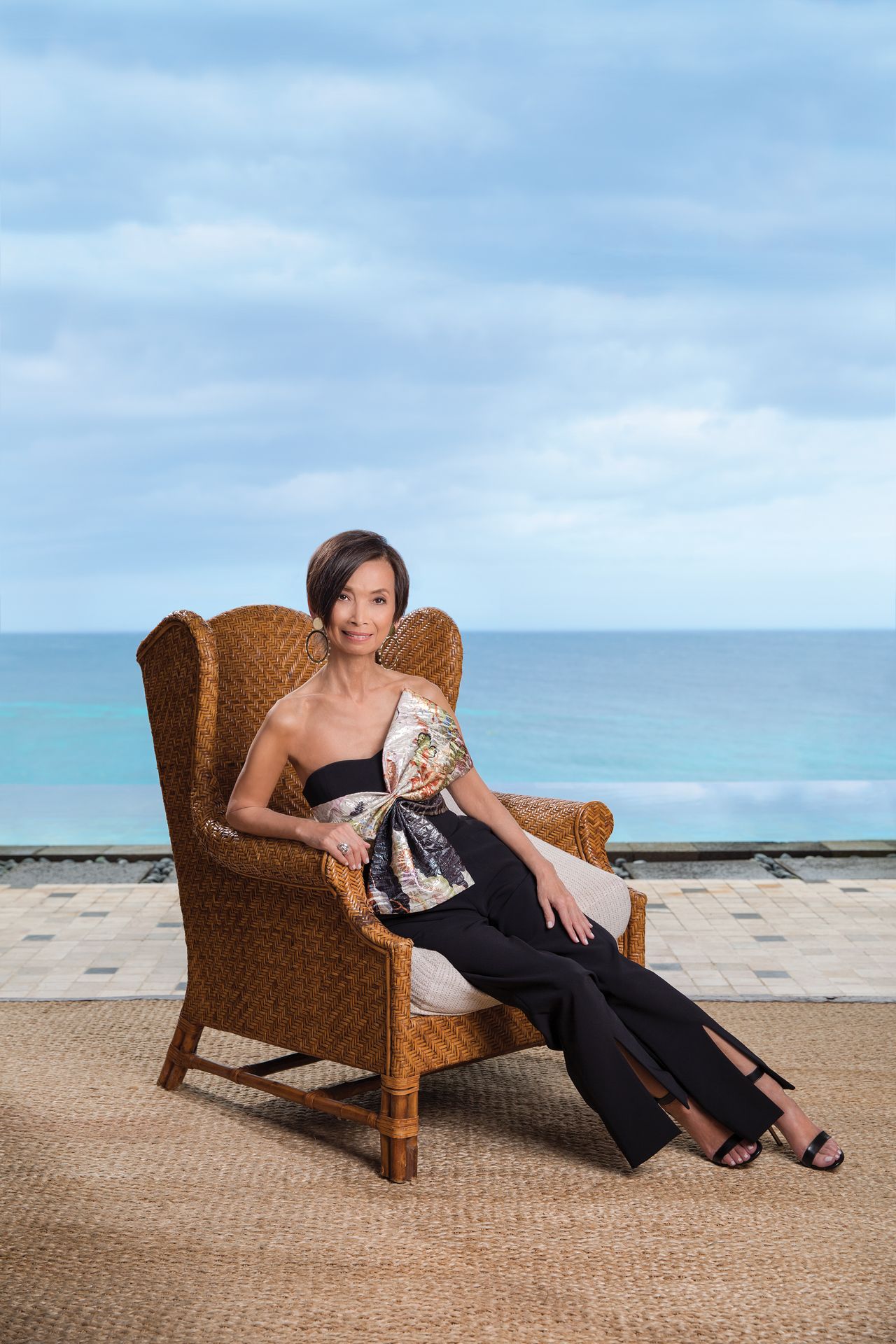 Formerly a woman of Wall Street (she was the first female vice-president of investment banking at Merrill Lynch), this internationally renowned designer had initially planned to pursue a career in business — the fashion industry far from her mind. A conversation with a buyer from Bloomingdale’s changed her course, paving the way for the creation of her eponymous label. Josie Natori’s brand is a seamless integration of love of country and love of fashion. What started as a lingerie line has evolved into so much more, highlighting the finest of Filipino craftsmanship through complex embroideries and beadwork, most of which are done in her factory in Metro Manila. Like many business owners, Natori has had her fair share of hardships; but her tenacious, optimistic spirit ensures she is ready to take on whatever might come next. Showing no signs of slowing down (“That’s a dirty word,” she often says when the subject of retirement is brought up), she celebrated her label’s 40th anniversary in 2017 with an impressive collection that reflects the east-meets-west aesthetic that put her designs on the global map. 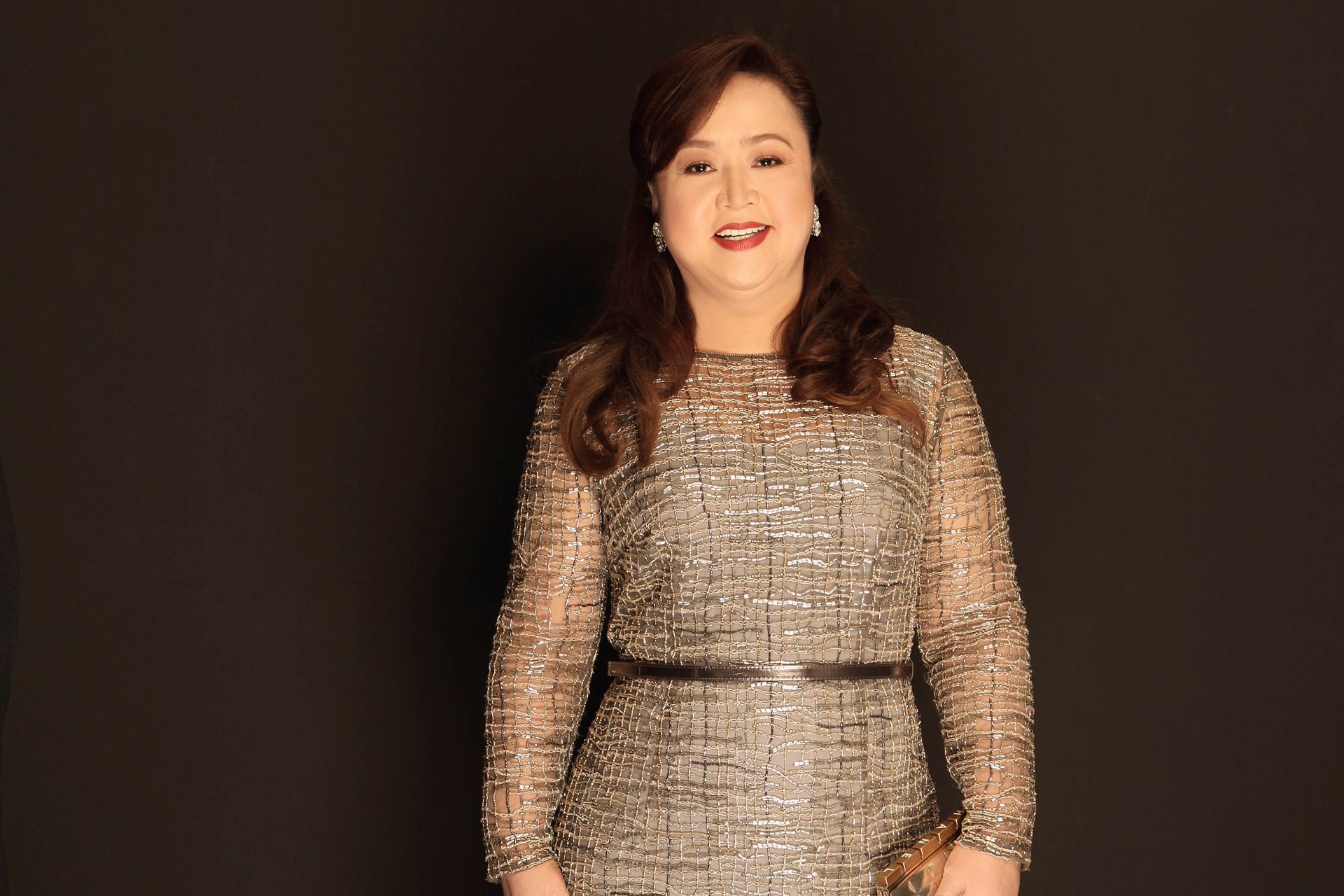 As President and CEO of Sta. Elena Construction and Development Corporation, Alice Eduardo oversees hundreds of infrastructure development projects. Moving away from a rice-milling family business in Nueva Ecija, Eduardo took a course in management and shortly after began her career in construction. With a capital of only Php300 million, Bacnotan Steel Plant was her first major project followed by two more plants in Batangas. Not without its strides, the Sta. Elena Construction company suffered a dip during the Asian Financial Crisis in the late 1990s. Eduardo had to take out numerous loans for high-end equipment – not wanting the company’s work quality to suffer. Eduardo’s business acumen and sacrifices were repaid with more opportunities for Sta. Elena. The company recovered and soon after won the coveted project for Mall of Asia’s foundation. Besides being an icon in the construction industry, she also dominates the world of philanthropy. A staunch supporter of numerous advocacy causes, Eduardo has been known for her generous heart and involvement in GoNegosyo, the Child Protection Network, and the Philippine General Hospital, where she provided a ward for the pediatric department. 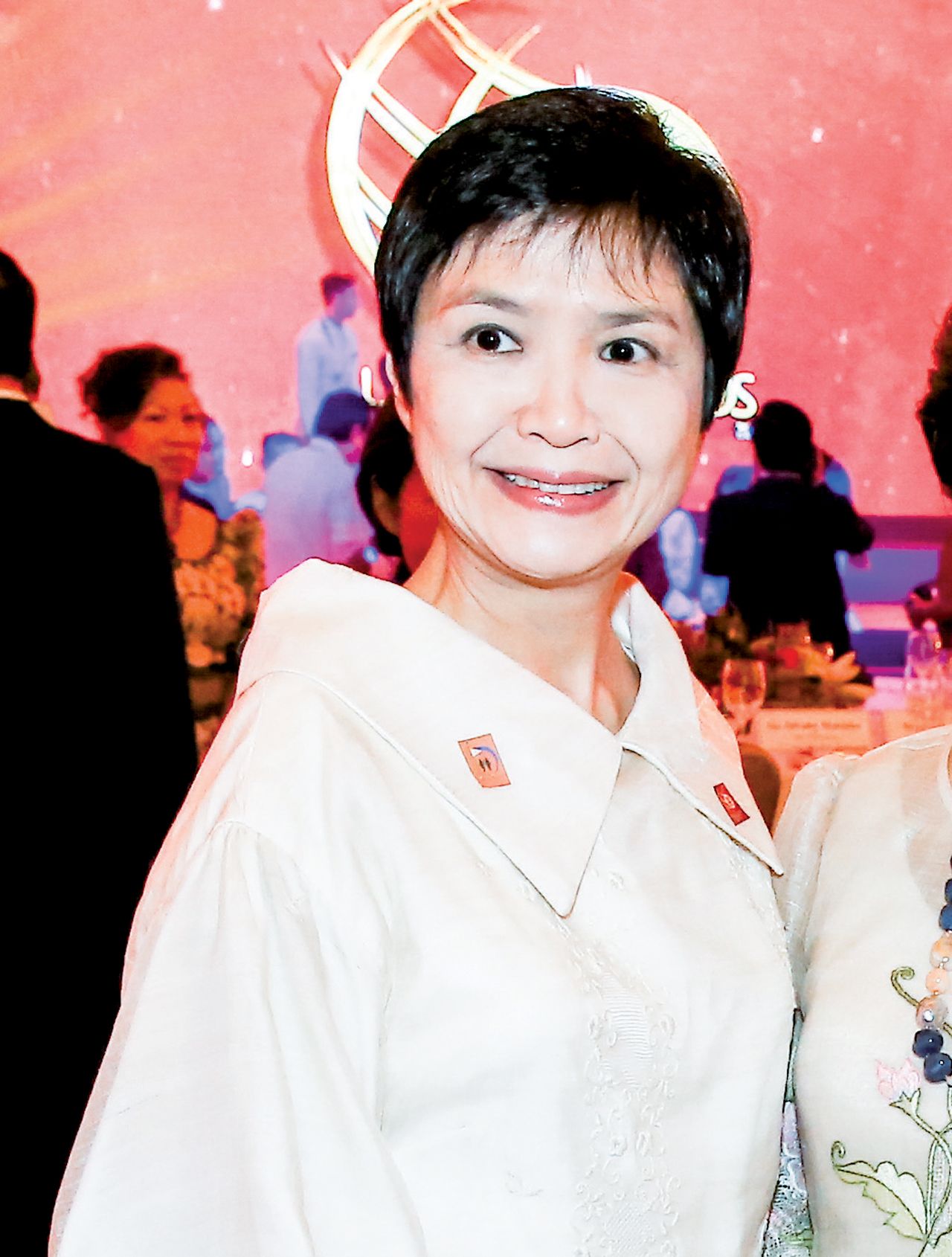 Robina Gokongwei-Pe serves as President of Robinsons Retail Holdings, Inc. and has been its Chief Operating Officer since 2002. She also serves as Senior Vice President and Group General Manager of the Robinsons Retail Group consisting of Robinsons Department Store, Robinsons Supermarket, Handyman, Robinsons Specialty Stores, Toys R US and Robinsons Appliances. Gokongwei-Pe is also the Director of Cebu Air, Robinsons Bank, Robinsons Land Corp, and serves a Non-executive Director at JG Summit Holdings, Inc. Not to mention, she obtained her Bachelor’s in Journalism from NYU (New York University). A true lady boss, Gokongwei-Pe’s shows no sign of slowing down any time soon. 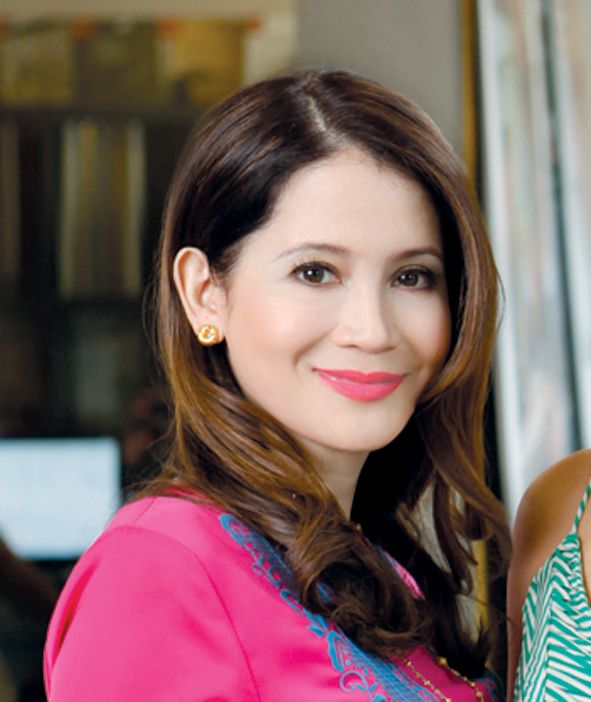 As the Department of Agriculture Undersecretary, Berna Romulo Puyat focuses on agribusiness and regional engagement while having developed a passionate advocacy for slow food and sustainable agriculture. The daughter of Alberto Romulo, a former senator, and the grandniece of Carlos P. Romulo, former President of the United Nations General Assembly, Puyat proves she is cut from the same cloth with a passion for public service. Putting pizzazz into Agriculture, she supports many sustainable harvest projects and advertises loving local cuisine and supporting local farmers making her a greatly relatable icon in the Agriculture industry. Due to her post, Puyat often travels to the Cordillera region to talk and collaborate with the local food producers and farmers. In this way, she mentions “you become part of the production process”. A true advocate for the farm-to-table philosophy, Puyat ingrains herself with the local community and proves that groundwork and immersion makes all the difference.

Doris Teresa Magsaysay Ho is the President and CEO of the Magsaysay Group of Companies which largely deals with shipping, maritime transportation, logistics, human resources, and tourism. With a Masters degree in Industrial Design from Pratt institute in New York, she brings a lot of international prowess into the Philippine business scene. A known philanthropist, she was also awarded as the Most Charitable Force at the third Philippine Tatler Ball. As the daughter of famed modernist artist, Anita Magsaysay-Ho, Doris was born into a life of art and culture. Naturally, she has been very active in promulgating art and education about Filipino culture. She also serves as a trustee in The Asia Society, an organization focused on promoting mutual understanding and strengthening partnerships among peoples, leaders and institutions of Asia and the United States in a global context.

Hailed as Asia’s Best Female Chef in 2016, Margarita Forés, has recreated the local culinary scene with the modern Italian, Cibo restaurant. When it opened in Glorietta in 1997, the dining scene was filled with American franchises and emerging fast food businesses. Wanting to diversify the local scene, Forés decided to open a homegrown concept that deconstructed the stereotypical notion of Italian dining. Instead of dark, embellished, and swanky – Cibo was fresh, simple, and contemporary. From this, her success continued to snowball into more opportunities including Café Bola, Pepato, Lusso and Grace Park. Venturing into television, Forés now has her very own four-part culinary travel show over CNN Philippines – a welcome diversion from the full schedule of the Most Creative Force of the 13th Tatler Ball. 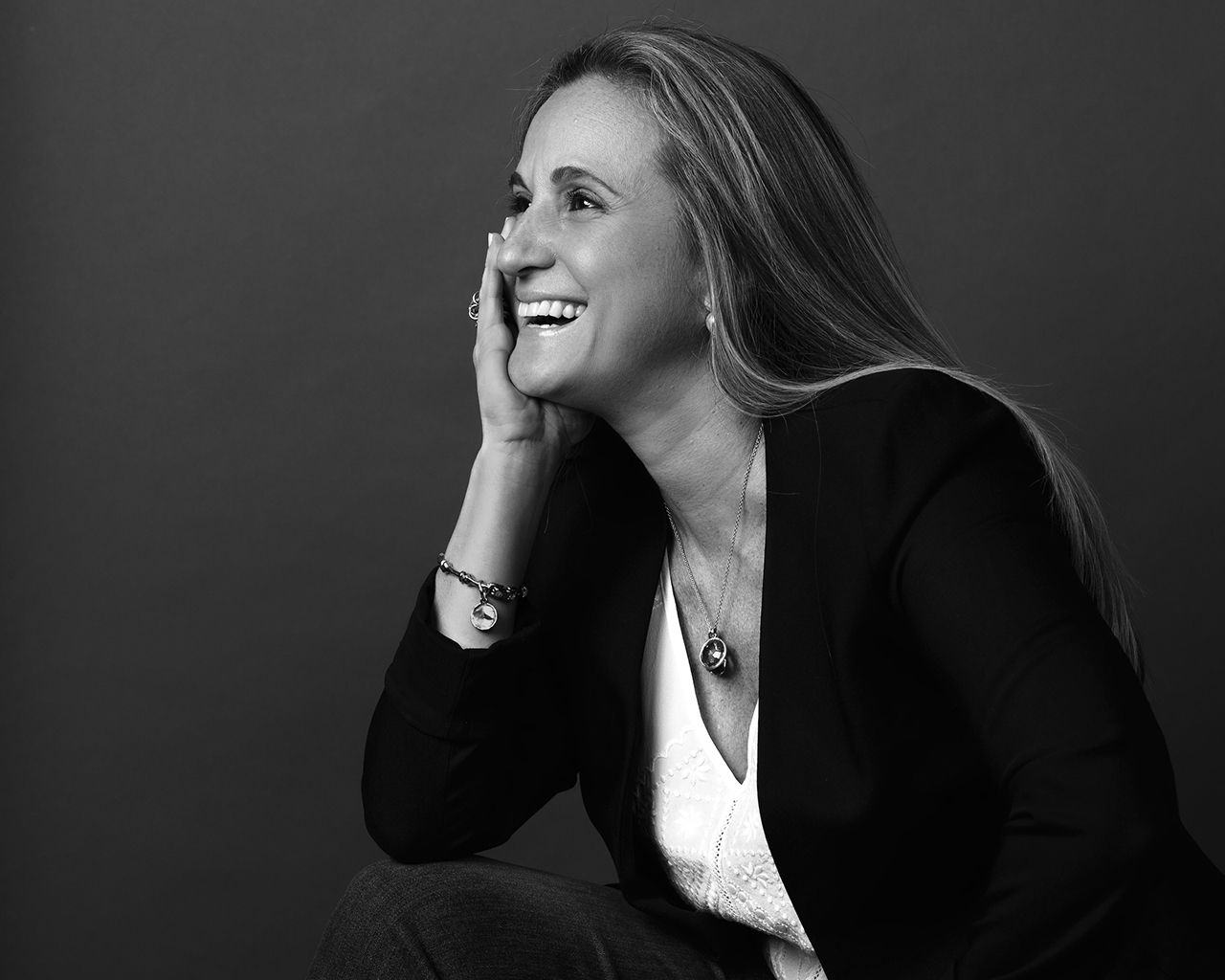 From a professional dancer to a patron of the arts, Sofia Zobel Elizalde has dedicated her life to her true passion: performing arts. Elizalde has continuously promoted dance in the country, uplifting aspiring dancers and inspiring them. She is the founder and director of Steps Dance Studio and Steps Dance Project, as well as the Director of the Steps Dance Studio Scholarship Foundation. A dancer herself (a passion that began at the age of four), Elizalde has numerous performances tucked under her belt. Taking to the stage as Clara in The Nutcracker with the CCP Dance Company in her first leading role, she was already a frontrunner for greatness and discipline. Later continuing her training at Elmhurst Ballet School in England, she completed her Elementary, Intermediate and Advanced Examinations at the Royal Academy of Dance, where she was awarded the Sylphide Cup for Most Outstanding Performance her graduating year. With additional training at the School of American Ballet in New York and San Francisco Ballet School, and Ballet Philippines, Elizalde proved that hard work is the only way to the top. By running  the Steps Studio and Foundation, she is able to touch lives and create art, while growing the company. 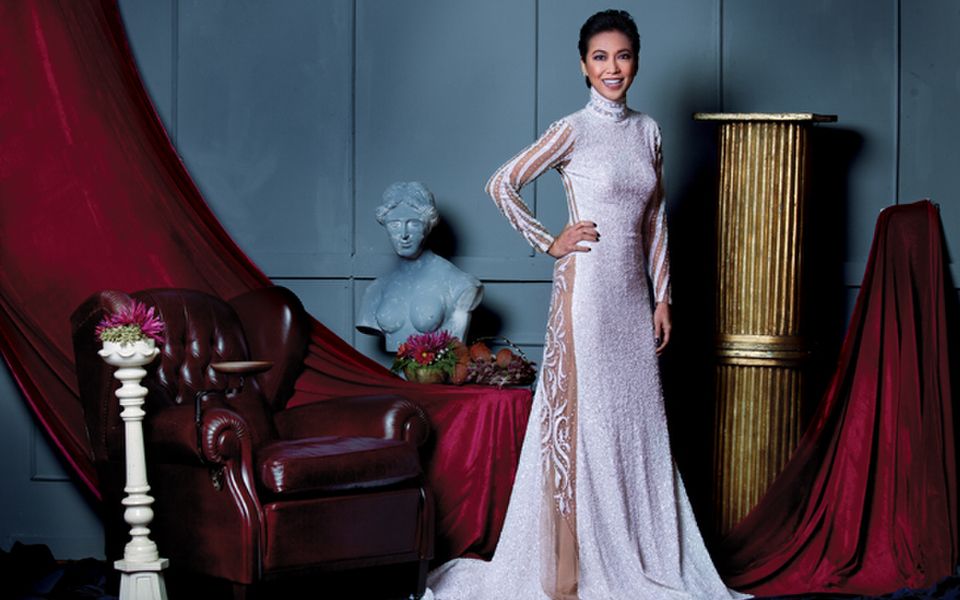 President, CEO, and Founder of the Chinese International School Manila, Atienza has always been passionate about world-class education. A cum laude graduate of The Wharton School, University of Pennsylvania under the BSE program with a dual major in Finance and Multinational Management, it’s no surprise she makes it to our list. Besides being an incredible finance whizz, Atienza is also the President of the Philippine Eagle Foundation, a Board Trustee for MovEd (Molding Optimism and Values Through Education) and UPLIFT (Urban Program for Livelihood, Finance and Training). Besides being a world class businesswomen, she is also known for her grace and sophisticated simplicity. Her inimitable stye won her Philippine Tatler’s Most Stylish Lady Award in 2014.

This article originally appeared in Philippine Tatler on March 23, 2018.